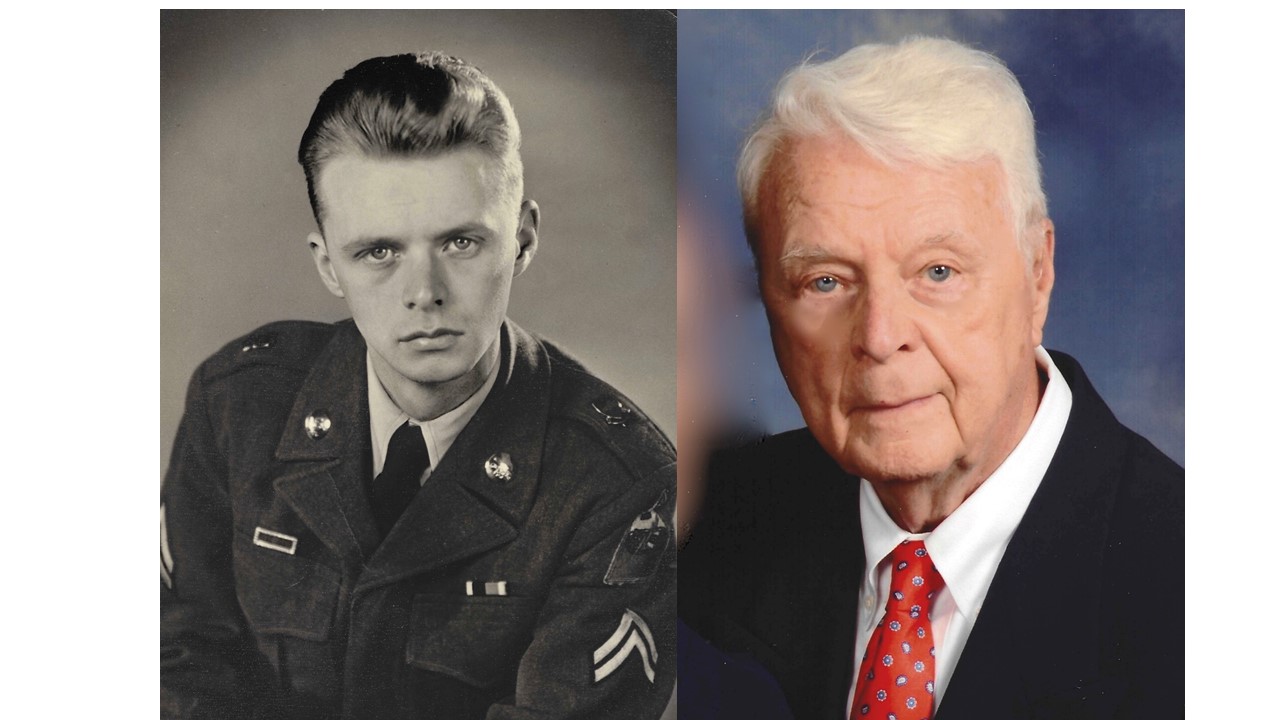 William Paul Amey, “Bill,” entered into eternal rest on November 23, 2022 in his residence in Macungie surrounded by his loving family. He was 93 years old. Bill was the husband of Cecelia A. “Ceil” (DiGristina) Amey. They celebrated their 60th wedding anniversary in April 2022. Together they shared a wonderful life passing on their strong beliefs in faith, family, hard work and benevolence to their three children and their families.

Born and raised in Allentown, Bill was the son of the late Edwin F. and Bridget Ellen Agnus “Nellie” (McGarvey) Amey. He was one of four children.

Bill graduated from Allentown Central Catholic High School in 1946 and received a Bachelor of Arts degree in History from Muhlenberg College in 1957.

He honorably served his country in the United States Army and was a veteran of the Korean War.

Bill was the Vice President of Human Resources for Lehigh Valley Dairies at the time of his retirement in 1989. He also served the company in the capacities of Director of Personnel and Director of Purchasing having organized the company’s first purchasing department. While living in Long Island, NY, Bill was the Director of Purchasing for Dairylea in New York City. He worked in purchasing and procurement for several years in both New York and Pennsylvania. He also worked for the United States National Security Administration (NSA) in Washington, D.C.

In retirement, Bill and Ceil enjoyed exercising, going to the theater, and traveling. They were avid supporters of local college theater and could often be seen at productions at Muhlenberg College and DeSales University. Bill loved vacationing at the beach and traveling abroad. His favorite pastime, however, was spending time with his grandsons, family and friends. He relished dinners out with friends and trips to visit relatives in New York and New Jersey. He especially enjoyed traveling to sports events both near and far to watch his grandsons participate in high school and college lacrosse and baseball games and track competitions.

Bill was a man of unshakable faith. His kindness, wisdom and love will be forever missed by friends and family.

The Amey family is grateful for the dedication and care given to Bill from his medical providers, including the palliative and hospice care teams at LVHN, and for the unconditional support of our dear neighbors and his in-home health caregiver, Heather, from Senior Helpers.

Services: A Mass of Christian Burial will be celebrated on Wednesday, November 30th at 11:00 a.m. in the Cathedral of St. Catherine of Siena, 1825 Turner St., Allentown, PA. Friends and family may call from 9:00 a.m. to 10:00 a.m. at Stephens Funeral Home, Inc., 274 N. Krocks Rd., Allentown. Entombment with military honors will be in the Mausoleum at Resurrection Cemetery, Allentown, PA.