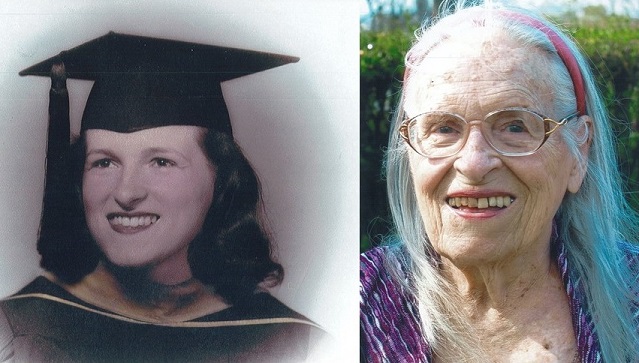 Betty Jane Christie, 94, passed away of natural causes on Wednesday, October 7, 2020, in Lehigh Valley Hospital Cedar Crest. Born in Allentown on November 10, 1925, she was the daughter of the late F. Earl and Grace (Wetherhold) Jenkins. She was married to the late Atty. James D. Christie for over 67 years. She attended McKinley Elementary and Central Junior High, and graduated from Allentown High School, class of 1942. She attended Allentown High School class of 1943 to receive extra credits to go to Cedar Crest College, graduating in 1947. She also took classes at Lehigh University to receive certification for teaching in the state of Pennsylvania.

Betty Jane was a Brownie Leader for two years and Junior Girl Scout Leader and Assistant Leader for about three years at Trinity Memorial Church in the 1960’s.

Betty Jane was an avid bowler, bowling with several teams in Pen Argyl and Allentown. She was bowling manager at Cedar Crest College.

She was a member of St. Michael’s Lutheran Church, where she taught Sunday School for over 40 years. She also helped to organize Weekday Church School in the early 1940’s. When St. Michael’s closed, she became a member of Nativity Church.

She was a member of NEA, PSEA-R, LC/PASR, Lehigh County Historical Society, where she volunteered for many years, the Antique Automobile Society, AARP, and the Cedar Crest College Alumnae Association.