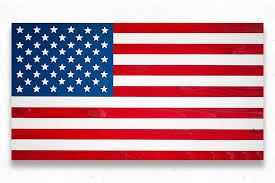 Carl H. Deppe, of Allentown, passed away Friday, June 25, 2021, on his 79th birthday in his home.  He and his wife, Pam J. (Winzer), celebrated their 52nd wedding anniversary in February.  Born in Northampton, one of six, he was a son of the late Russell E. and Irene F. (Rex) Deppe.  A 1962 graduate of Northampton Area High School, he was an Air Force veteran of the Vietnam War and earned the rank of sergeant.  Prior to retiring in 2004, Carl was employed as a plant control operator for PPL for 35 years and was a supporter of Allen High School sports.  He attended St. James United Church of Christ and was a member of its bowling league.  He was a lifetime member of the NRA and Guthsville Rod and Gun Club as well as a member of the Ontelaunee Rod and Gun Club and Civil War Roundtable of Eastern PA.  He enjoyed hunting, casting his own bullets and was an avid award-winning trap shooter.  Survivors: wife; daughters, Bonnie L. Baker and husband, James A., Amy C. Trudniak and husband, Joe M.; son, Bryan D.; grandchildren, Ashley M. Violette, Cassie J. Baker, Alyssa M. and Emily L. Trudniak, Nathan J. Deppe; great granddaughter, Avery A. Violette.  Services: Private.  Arrangements entrusted to STEPHENS FUNERAL HOME, INC.