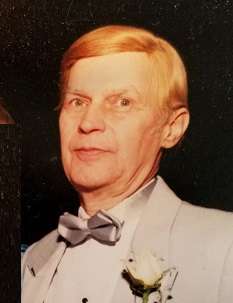 Charles Faulend, 97, formerly of Parsippany, NJ, passed away Sunday, May 8, 2022, in the home of his son and daughter-in-law. He was the husband of the late Ruth (Davis) Faulend. Born in Avoca, he was a son of the late Godfrey and Lena (Secor) Faulend. Charles was a US Army veteran of WW II. He received several medals, including WW II Victory Medal, Good Conduct Medal, Asiatic-Pacific Service Medal and American Service Medal. Mr. Faulend was an electronic technician for various companies for many years before retiring. He was a member of United Methodist Church of Parsippany for 55 years.

Survivors: Daughter: Sandra L. Digiacinto and her husband Robert of Denville, NJ; Son: Charles R. Faulend and his wife Julie of Breinigsville; Grandchildren: Kelly and Kristopher; Step-grandchildren: Ryan, Lauren, Katelyn. Charles is also survived by nieces and nephews. He was predeceased by siblings Agnes and Fred.