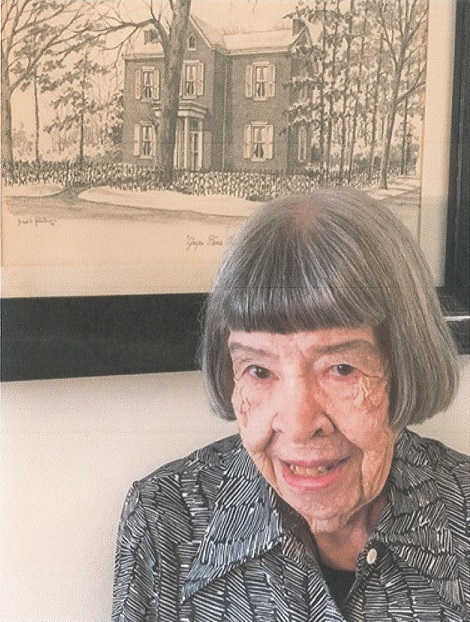 Charlotte Staton was born on February 3, 1925 in Milton, PA. She was the wife of Walter B. Staton who passed away in 1985. She was the daughter of Margaret Deitrick and Elmer R. Martin. Charlotte was raised in Bethlehem, PA and was a 1942 graduate of Liberty High School.

She met her husband in 1945 at Penn State University where she and Walter were actively involved in sorority and fraternity life. Walter was Brother of Delta Sigma Phi and Charlotte was a Sister of Kappa Gamma. Charlotte graduated from Penn State University in 1946. Walter and Charlotte moved to Allentown in 1952 where she led an active community life serving as President of the Junior Section of the Allentown Women’s Club, Secretary of American Association of University Women, Allentown Chapter and President of her Sorority.

Charlotte and Walter moved to Mertztown in the early 1960s and lived in a “beautiful brick Victorian with a Grape Vine Fence.” In 1964 she received her teaching certification and Masters Degree in Elementary Education from Kutztown University. She began her teaching career at Longswamp Elementary School in Brandywine Heights Area School District. She taught 4th grade for 33 years and served as Head Teacher.

She was a caring dedicated educator who touched the lives of many children, families and colleagues throughout her long career. Educating young minds brought such joy to her life. She worked tirelessly to ensure that she gave each and every student her very best.

She gave up country life and moved to Luther Crest in 2006 where she enjoyed the next chapter of her life. She served on many committees at Luther Crest including Food, Hospitality, and Orientation for new residents. She was especially proud of serving as Chair Lady to the Benevolent Care Committee for 13 years. She will be long remembered for donating to build the Memory Support Unit and Country Kitchen which many residents and families enjoy.

Charlotte was predeceased by her sister Mary Trower and her husband Colonel Paul Trower from El Paso, Texas. Charlotte will be missed by her niece, nephew, grand nieces, grand nephew, many friends and everyone who met her.

In lieu of flowers, donations may be made to Luther Crest Benevolent Care in Charlotte Staton’s memory.