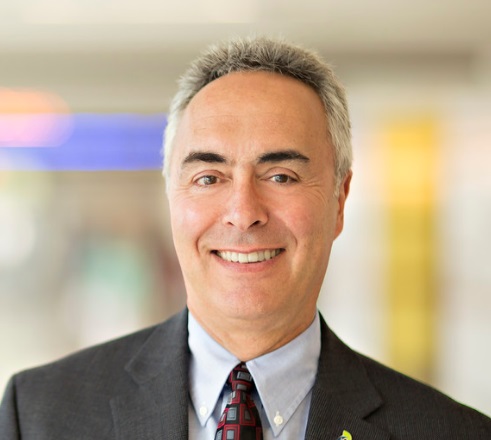 Craig C. Onori, 64, of Lower Macungie Twp., passed away peacefully in his home on Wednesday, March 27, 2019.  He was the husband of Karen M. (Donnellan) Onori.  They celebrated their 33rd wedding anniversary in October 2018.  Born in Plainfield, NJ, he was a son of the late Dominick and Mary (Courtney) Onori.  Craig was a graduate of Bucknell University where he earned his Civil Engineering degree and received his MBA from Kutztown University.  Craig was V.P. of Operations at LVHN since 2005.  Previously, he worked for Agere Systems, Lucent Technologies, and AT&T Bell Laboratories as a Facility Engineer and Senior Manager.  Craig served as a member of the Board of Directors for Green Connexions Corporation and Sustainable Energy Systems Corporation.  He also served as President, Vice-President and was a member of the Program Related Investment Committee for the Sustainable Energy Fund for Central Eastern Pennsylvania.  Over the years, Craig was the recipient of many awards, mostly centered around energy efficiency and sustainable energy projects and initiatives.  In July 2018, Craig was the proud recipient of the Epstein Lifetime Achievement Award which recognized all his efforts for moving society towards a sustainable energy future.

Craig loved spending time with his family and his most important role was being a husband and a dad.  Craig enjoyed coaching his kids throughout the years in various sports programs.  He was his kids biggest fan and never stopped supporting them in all areas of life.  He was so happy to have seen Kristina and Michael through so many milestones, big and small.

Craig was an avid NY Giants and Yankees fan.  He enjoyed going to games, watching them on TV and discussing NY sports with anyone who would listen.  In his spare time you could find him tending to his vegetable garden and working on home improvement projects.

Contributions:  In lieu of flowers, donations can be made to the ALS Association, 321 Norristown Rd, Suite 260, Ambler, PA 19002 (Greater Philadelphia Chapter).