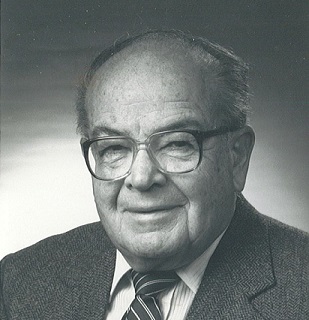 Elmer E. Daneker (86) peacefully passed away on Monday, Dec. 24th.  Born in Palmerton to the late Elmer and Ruth (Thomas) Daneker, he was the loving husband of over 50 years to the late Patricia A. (Arndt).  After graduating from Palmerton HS, he proudly joined the Air Force, serving during the Korean Conflict and earned the rank of Staff Sgt.  He was honored to be included as part of the Palmerton Area Veterans Memorial.  Prior to retiring in 1986, he enjoyed a career of over 30 years with Mack Trucks and then went on to become an Ambassador for them, serving in their many company functions, tours at their Macungie plant, and president of the Mack Retirement Club for many years to follow.  His many passions included family, friends, animals, bowling, and the New York Yankees.  He enjoyed coaching for Orefield Little League Baseball and North Parkland Jr. Legion Baseball and was a multi term president for the Lehigh Valley Junior Legion Baseball League.  He was currently serving more than 30 years as vice chairman of Pennsylvania American Junior Legion Baseball and was inducted into the Pennsylvania American Legion Sports Hall of Fame in 1994.  The Pennsylvania Junior American Legion Baseball state tournament Sportsmanship Award is named in his honor.  He served as an assistant scout master for Troop 60 of the Boy Scouts of America for more than 15 years.  As a member of the Church of the Good Shepherd UCC in Alburtis, he became one of the founding consistory members in 1971 and served many years.  Survivors: daughter, Tracy L. Daneker and companion, Chad Stoudnour, of New Ringgold; son, John T. and wife, Cindy L., of New Tripoli; sister-in-law, Sandra K. Sarley, of Breinigsville; many nieces and nephews; two loving cats, Skitters and Hop.  He was predeceased by infant daughter, Allyson Marie.  Services: 11 AM Saturday, Jan. 12th, in Church of the Good Shepherd, 135 Quarry Rd. Alburtis.  Call 10 AM until service time.  Arrangements entrusted to STEPHENS FUNERAL HOME, INC.  Contributions: Disabled Veterans of America or Pennsylvania American Legion Baseball.