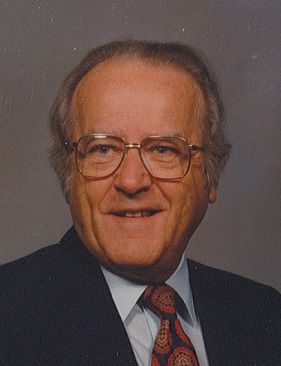 Emerson F. Harding, 94, of Allentown, passed away Tuesday, September 24, 2019 in St. Luke’s Hospital, Bethlehem. He was born January 13, 1925 in Mohnton, PA, son of the late Paul and Debbie Harding. Emerson was a graduate of Westminster Choir College, Princeton, NJ and dedicated his life to 72 years of being a church organist and choir director. Some of his former students are still actively pursuing music as a life-time profession. Emerson was a student of Virgil Fox of Riverside Church in New York. The churches Emerson served were: Calvary Methodist (1944-48) Mohnton, St. John’s Lutheran (1949-53) Boyertown, St. Paul’s Lutheran (1954-76) Allentown, St. John’s Lutheran (1977-98) Nazareth, St. Michael’s-Nativity Lutheran (2002-16) Allentown and Rosemont Lutheran (2011-15) Bethlehem. Emerson was a longtime member of the American Guild of Organists and Dean of the Lehigh Valley AGO Chapter when it hosted the Eastern Chapter of the AGO in the Lehigh Valley area. He was also a member of the Northeastern Pennsylvania Synod, Worship and Music Committee which sponsored monthly music workshops for organists and choir directors of Northeast Pennsylvania. Emerson taught private lessons for many years until the 1990’s.

Survivors: He is survived by his longtime friend Donald Gehman of 64 years, many nieces and nephews, great-great nieces and nephews and his sister Ruth N. Arnoldin. He was predeceased by two brothers, the Rev. Warren S. Harding and the Rev. Marvin L. Harding.

Contributions may be made to Rosemont Lutheran Church or the Fresenius Kidney Care, 2014 City Line Road, Bethlehem, PA 18017.