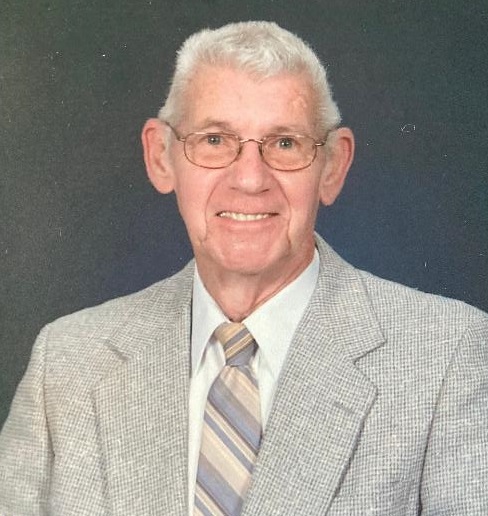 Ernest Robert Bear (“Ernie”), 86, of Dunedin, Florida and formerly Allentown, Pennsylvania, passed away peacefully on September 19, 2021, in Dunedin.   He was born on May 23, 1935 in Allentown, Pennsylvania to Francis and Edith (Gabel) Bear. Ernie grew up in Allentown, Pennsylvania. He graduated from William Allen High School in 1954. After high school Ernie joined the United States Marine Corp, where he served his country for four years and was honorably discharged as Sergeant and Assistant Drill Instructor in 1958. He began work for Protective Motor Service as security guard/driver where he worked for 40 years. Ernie also worked part-time for 5 years at WFMZ radio where he was known as Doug Elliot, hosting his own program Saturday mornings called the Wonderful World of Marches. He also worked at Cedarbrook Nursing Home at the time of his retirement. Ernie retired at the age of 62. Ernie married Gwendolyn Gehman in 1955 in Allentown, Pennsylvania. They were happily married for 40 years until Gwen’s passing in 1995.  Ernie married Nancy (Ziegler) Edwards in 1998.  They were happily married for 23 years.   Ernie was a member of Boulevard Church in Allentown, PA and Curlew United Methodist Church in Palm Harbor, FL. He enjoyed spending time with his family, his church, and his Westwind Community. Ernie was preceded in death by his parents, Francis and Edith Bear, his wife, Gwendolyn Bear, Stepmother Anne R. (Taus) Brennan Bear and his brother, Gerald Bear, and followed in death on October 9, 2021 by his wife Nancy Bear. He constantly expressed he was blessed beyond measure to have had the love of two extraordinary women, his children, stepchildren, and their families.

Services: A funeral service to celebrate the lives of Ernest and Nancy will be held at 10:00 A.M. Saturday, November 13th in the Stephens Funeral Home, Inc. 274 North Krocks Road, Allentown. Call 9:00 – 10:00 A.M with services to follow at funeral home. www.stephensfuneral.com. A memorial service will also be held in the Curlew United Methodist Church 2210 Cathedral Drive Palm Harbor, FL 34683 on October 31, 2021, following the 10:30 service.

Due to continued Covid concerns, masks will be required, and social distancing requested.

In lieu of flowers the family requests memorial donations be made to The Crohn’s & Colitis Foundation, National Headquarters, Attn: Fi Services: