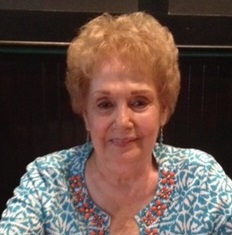 Irene H. (Gaal) Sperling, 92, of South Whitehall Township passed away on January 5, 2022 at Valley Manor Rehab and Care Center, Coopersburg, in the caring hands of the Valley Manor staff and the visiting nurses of St. Lukes Hospice. Born in Allentown, she was the daughter of the late James Sr. and Anna (Orendach) Gaal.

Irene was a longtime and popular server at the former 7th Street Delicatessen in Allentown and was later employed by the former Everson Electric Company, Bethlehem, where she retired in 2003. During her retirement, she enjoyed working part time at Josh Early Candies. Sewing and cooking for family and friends were Irene’s favorite pastimes.

Contributions in Irene’s name may be made to the Allentown School District Foundation in care of the funeral home.