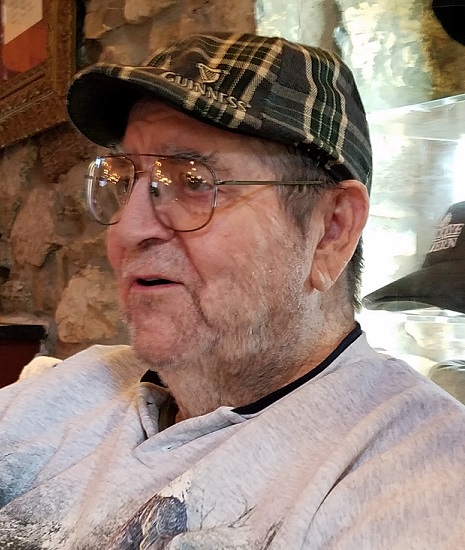 Jack Francis Kerns, 82, of Allentown, PA, formerly of Phoenix, AZ and Kalamazoo, MI passed away Monday, September 10, 2018 in the Lehigh Valley Hospital, Salisbury Twp., PA. He was the husband of Jean A. (Geren) Kerns for the past 62 years. Born in Kalamazoo, MI, he was a son of the late Leon A. Kerns and Angeline C. (Scott) Stafford. Jack was a graduate of Galesburg H.S. in Michigan. He worked as a general contractor for several years for Ellerby, and Jack Pomeranz.  He also worked for himself as Jack Built Construction, building homes in Prescott and Phoenix, AZ. He drove for several trucking companies cross country.  He drove bread trucks for Schafer’s Bakery in Michigan, and Sunbeam Bakery in AZ, and a beer truck for Hensley Distribution in AZ.

Jack was a member of American Legion Post #576, Allentown, PA and was a former member of the Teamsters Union. He was of the Catholic faith.  Jack was in the Navy from 1955 to July 1959, serving on the USS Intrepid for the last six months of his tour.

Services: A private service will be held at a later date. Arrangements by Stephens Funeral Home, Inc. www.stephensfuneral.com.

Contributions: In lieu of flowers, contributions can be sent to American Cancer Society, American Legion Post 576, and Wounded Warrior Project