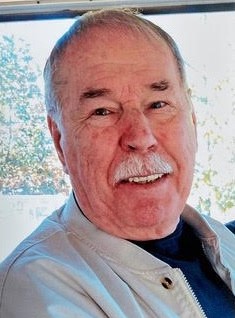 John A. Young passed peacefully on July 3, 2021 in the hospice unit at Lehigh Valley Health Network, 17th Street in Allentown.

He was born September 25, 1936 and was the son of the late, John J. Young and Myrtle M. (Bachman) Young. He graduated from Allentown High School in 1953 and joined the U.S. Marine Corp., serving honorably. When his service ended with the Marines he re-enlisted in the U.S. Army and proudly served an additional term.

John joined the Allentown Police Department in 1964 and served for 24 years, retiring as Detective Sergeant.  He was the Vice President of the Fraternal Order of Police, Lodge #10.  Following his retirement as a police officer, he worked for the Lehigh Valley Blind Association (7 years) where he was known for his jokes and eliciting laughs from their clients, the Public Defender’s Office (9 years) and later part-time at Shepherd Hills Golf Course shuffling golf carts and running the pro-shop, a dream job in his opinion.  He was also very involved with Big Brother’s and Sister’s in the 1970’s and 80’s.

John, affectionately known as “Pop the Cop”, loved to chat up his friends and had a standing breakfast date with his friends at the Emmaus Mercantile Club every Sunday morning during his work career, and almost daily at local diners during his retirement years.  He and his friends enjoyed boating on the Lehigh River, vacationing along the St. Lawrence Seaway and playing golf.

He frequently reminisced of his time in the service traveling through Germany, France and other European countries. He was extremely honored to serve both his country and his city of residence in law enforcement.

John continued to enjoy traveling after marrying Jocelyn D. (Werley) Young in 1994.  They traveled to Italy and many U.S. States together.  They loved walking, being outdoors and playing cards. He was always willing to lend Jocelyn a hand in their tremendous garden.

John was predeceased by his wife Sandra Lee (Hebig) Young, and his sister Joan Young Heckenberger.  He is survived by his and “Sandy’s” two loving children, John J. Young (wife, Lori) and Wendy R. Young and 6 grandchildren; Curtis, Alexander, Rebecca, Timothy, Molly and Jacob.  He was also a devoted uncle to his sister’s children; Joni, Jackie, John, Missy and the late Michele, and he had many nieces and nephews from Sandy’s side.

John was tremendously proud of his childrens’ and grandchildrens’ accomplishments whether in sports or in school, never forgot a birthday and was always willing to come in the spur of the moment to lend a hand to anyone in his family. His grand dogs always got many extra treats when he visited.  His memory will be cherished by all who loved him.

In lieu of flowers, contributions may be sent to the Leukemia & Lymphoma Society, PO Box 98018, Washington DC 20090.