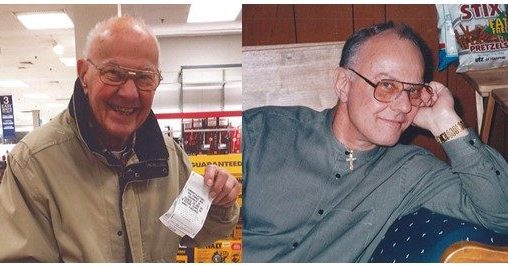 He was the husband of Shirley (Jenkins) A. Millhouse who along with his son John J. Millhouse preceded his passing in 2001 and 1988 respectively. Born in Allentown, he was the son of the late John J. Millhouse and Mattie (Kershner) Millhouse. Karl’s two brothers also preceded him in death, Richard in 1970 and Donald in 2012.  Survivors: Daughter, Karla Milkovitz, Grandson, Michael Milkovitz, Joelle (Dziedzic) wife of Michael.  Great Grandson, Mason. Sisters: Bonnie Klingel and Sandra Blank. Sister-in-law, LaRue Schmidt.

Karl and Shirley met at Allentown High School, he was a linebacker on the varsity squad and Shirley the captain of the cheerleading team.  Upon graduating in 1952, Karl joined the US Navy. He served as an Air crewman aboard the USS Princeton during the Korean War. Karl left the Navy in 1956 to work at Lockheed Aircraft Company. He eventually went to Arizona to work in the underground missile silos.

In 1962, the couple came home to Allentown, PA to raise their daughter close to their families. Karl worked in the insurance business upon returning. Then later with his brother-in-law, the late Fredrick Schmidt at Twin County and Service Electric.

Karl did not like the cold weather, so he opted for an indoor position with Mack Trucks. In 1969, fate in the way of a home fire, brought the family to the Southside of Allentown wherein soon after moving in they found themselves owners and operators of Millie’s Market until 1975. In 1977, the couple opened up their home and hearts to families in need of affordable daycare. Due to Shirley’s health, the couple closed the daycare in 1996 and Karl retired from Schaffer/Stroh’s where he was working as a utility worker.

Karl was a coach for Mountainville’s Football and wrestling team while his son was eligible to play. He never missed a Philadelphia football, basketball or especially a baseball game. His entertainment center held three TV’s so he could watch a car race, golf or just another sport venue, except tennis!

Karl is well known in the family for being a very relentless and sometimes ruthless card player! So competitive in cards that he was kicked out of a relatives’ Friday night card night. Years later his sister Sandy and her husband Bob, took up the challenge of his competitiveness.  Another game he got hooked on was Words with Friends. He would strategize for various scenarios for the largest points, playing up to 20 games at a time.   Four years ago, dementia started to slowly lessen Karl’s ability to enjoy the pastimes that he loved. Less than a year ago he was unable to put jigsaw puzzles together and the last couple months did not know or understand baseball.

Karl visited every state in the Union, but because of health concerns could not travel to the remaining two of seven continents. His two favorite trips were a river cruise from Amsterdam to Istanbul, the other he considered the trip of a lifetime that included stops in Athens, Egypt, Saudi Arabia, and ended in Dubai.

The tenacity that Karl showed in his competitive spirit did not outdo the generosity and love of his family. If he heard that a family member or family friend was in need, he stepped in to help in any way he could. Whether it be paying for funerals or giving money to people needing a helping hand.  He freely gave of his love, support, and encouragement to the sports, education, and vocational pursuits of his children, grandchild, daughter-in-law, and great-grandchild.

Karl, aka – Superdad, aka – Grandpa,  aka – GGPa,  aka – Cookie Monster will be forever loved and missed by his family. The family would like to take this opportunity to sincerely thank the friends who kept Karl engaged by playing Word with Friends. The neighbors, family, and friends of Hope Community Church for their love and support in prayer, puzzles, surprise goodies, flowers, and meals not only for Karl but the help and support to the family during this long illness.

God blessed us with Grace, Mercy, and Karl.

All are welcome to celebrate his life with his family on Tuesday, August 10th at Noon in the Stephens Funeral Home, Inc. 274 North Krocks Road, Allentown. Viewing and sharing will be from 11:00 A.M. – Noon. Interment with military honors will be in the Grandview Cemetery, Allentown. Due to COVID masking is required while inside.  www.stephensfuneral.com.