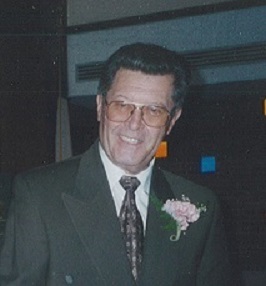 Kenneth W. Cortright, 81, of Allentown, passed away Thursday, November 7, 2019 with his wife by his side and surrounded by family.  He and his wife, Gail L. (Stocker), recently celebrated their 55th anniversary.  Born October 5, 1938 in Fountain Hill, he was the son of the late Kenneth and Cora M. (Rice) Cortright, Sr.  A 1956 graduate of Fountain Hill High School, he served with the Air Force and earned the rank of Airman First Class.  Prior to retiring in 2007, Ken was a delivery man for Walter’s Pharmacy and was previously employed in maintenance at Shelter-All of Eastern Pennsylvania for 20 years.  A member of Lutheran Church of the Redeemer, he served as an usher, former sexton and on its council.  A member of area bowling leagues and an avid golfer, he and his teasing manner will be missed.  Survivors: wife; son, Douglas and wife, Laurie, Kutztown; daughter, Kristina Johnson and husband, Edward, Allentown; grandchildren, Steven and wife, Rachael, Abigail, Zachary.  Sister, Marjorie McMurtrie, preceded him in death.  Services: 11 AM Saturday in church, 822 N. 19th St.  Visitation will be from 10 AM until service time in church.  Arrangements entrusted to STEPHENS FUNERAL HOME, INC.  Contributions: In lieu of flowers, to church, 18104, or Family Pillars Hospice, Suite 130, 3910 Adler Place Bethlehem 18017.