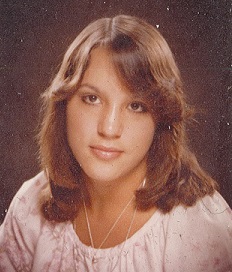 Kim Diane Rickey, 55, a resident of Fort Peirce, Florida since 2004, passed away from cancer on Friday, June 7, 2019 in her home under hospice care. Born in Allentown, PA, she was a daughter of Frederick J. and Shirley S. (Serfass) Rickey of Macungie, PA. Kim was a graduate of Dieruff High School in Allentown. After graduation, Kim worked as an LPN at Holy Family Manor for many years until an accident ended her nursing career. She worked with autistic children for 4 years while in New Hampshire. Kim had an unbounding love of all animals, worked and volunteered many years at various Humane Societies. Over the years she adopted many strays and nursed them back to good health.

Survivors: Parents, Frederick and Shirley; Brothers: Brian K. and his wife Paula, James E. and his wife LuAnne, Frederick and his wife Judith; Sister: Susan M. Fulton and her husband Michael; Kim was predeceased by her grandparents, Charles N. and Emma G. Geary, John and Eleanor Rickey, Paul I and Mae E. Laudenslager.