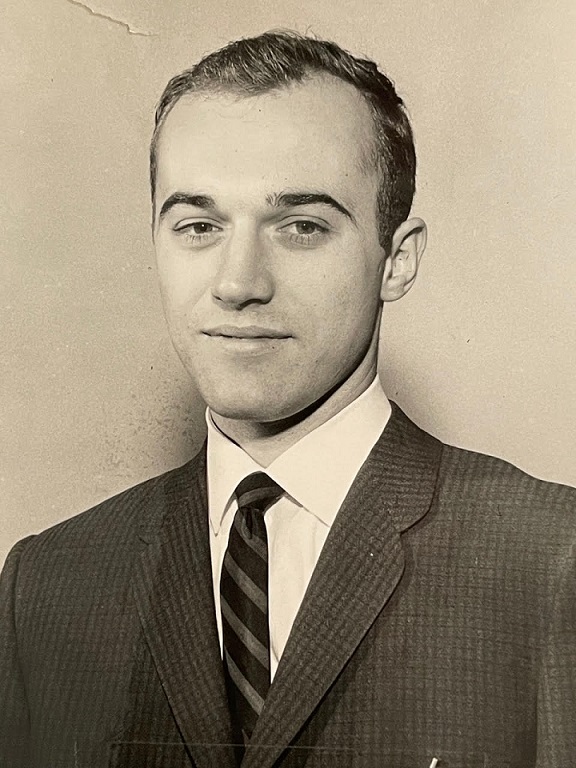 Lawrence E. Weider, 81, of Allentown died September 3rd, 2021 at Freedom Village in Bradenton FL. He was a resident of Parrish, FL. He was the husband of Rita Fiala Weider for 59 years. He was the father of Christopher Weider. He was the son of the late Ann (Gallagher) and William Weider.

He was a Downtown Youth Center Athlete under Bucky Boyle and represented the Center as the All American Football Player for the State of PA in Lakeland, Florida in 1950. He was the recipient of the DYC George (Buck) Boyle Award in 1951. He was a member of the Handball Championship Team of Allentown in 1952. He was a champion wrestler, football, and baseball player for Harrison Morton Jr. High School of Allentown. He was Class President and a National Honor Society member at Allentown Central Catholic High School.

In 1957 he suffered a broken neck playing Reading Central Catholic, at which time he was Team Captain. He received the Notre Dame Alumni Honor for Man of the Year in 1958, and was also the recipient of the Special Award for Courage for being an outstanding athlete, sponsored by Allentown Central Catholic. While recovering from his football accident at Sacred Heart Hospital, sports heroes such as Goose Tatum of the Harlem Globe Trotters came to visit him in the hospital. A special letter of recovery was sent to him from the Pope. He was presented with the Babe Ruth Award Foundation for Sportsmanship in 1958. He was hospitalized for 7 months and returned to Central Catholic to finish his education in 1958.

Larry graduated from Kutztown University with a BS in Chemistry in 1962. He taught Science at Central Catholic High School from 1962-1964, where he was also a Swimming Coach. In 1965 he began teaching Chemistry at William Allen High School and was an Assistant Swimming Coach under Dick Bleam. In 1965 he was honored by the Old Timers of the Downtown Youth Center for being a courageous athlete. He served as a councilman in Catasauqua and was president of the Catasauqua Library from 1973-1975. In 1975 he was the Allentown Jaycees Mystery Man sponsored by the Allentown Junior Chamber of Commerce. He was the Assistant Principal and Math Instructor at Northwestern Lehigh High School for 23 years.

He received his Masters Degrees in Chemistry and Education from Temple University and Lehigh University. He completed graduate and post-graduate studies at Bucknell University, Pratt Institute for Math & Chemistry, and studied Russian history at Lafayette College. He was a member of the Knights of Columbus, Society of Retired Teachers, and Allentown Junior Chamber of Commerce. He was a member of St. Francis of Assisi Parish and St. Francis Cabrini in Florida.

Requiem mass on Saturday, September 11th at 11:00 a.m. Viewing is one hour prior to mass at St. John Fisher of Catasauqua. Burial will be at St. Lawrence The Martyr Calvary Cemetery.