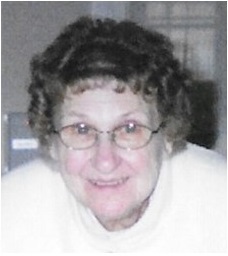 Betsy had worked at the former Carriage House Laundry in Allentown for 22 years before retiring in 1993.  In her younger days, she worked as a waitress at several former Allentown restaurants, including Dottie’s, Sandt’s, Look’s, and Midway Manor.

Betsy was a lifelong congregant of the former Dubbs Memorial U.C.C. in Allentown and had been a current congregant at St. John’s U.C.C. in Fullerton, Whitehall Twp., Pa.

Services:  A graveside memorial service will be held at 10am on Saturday, December 1, 2018 at Allen Union Cemetery; Main & E. 4th Sts., Northampton, Pa. 18067.  The Stephens Funeral Home, Inc. of Allentown is in charge of arrangements. www.stephensfuneral.com

In lieu of flowers, contributions can be made in Betsy’s memory to the Lehigh County Humane Society; 640 Dixon St., Allentown, Pa. 18103.