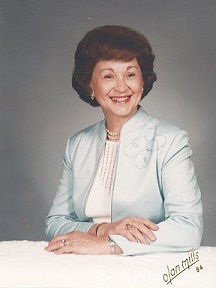 Mary Yastishok, 93, of Allentown, went home to be with the Lord on Saturday, August 18, 2018, at Fellowship Manor, Whitehall. Born August 27, 1924, in Frackville, PA, she was the daughter of the late Matthew and Margaret (Simchak) Kopey. She was the wife of the late Andrew Yastishok who was killed in a snow plowing accident in 1983; they were married 37 years. Mary graduated from Frackville High School in 1942 and from Geisinger Hospital School of Nursing, Danville, in 1945. Mary was an obstetrics supervisor at Geisinger Hospital, and then did private duty nursing at Pottsville Hospital and Good Samaritan Hospital in Pottsville until 1970. She was also involved for many years with International Custom Built Homes, Inc., Allentown, the company founded by her late husband, Andy. Mary’s greatest joys were studying the Scriptures and leading women’s Bible studies in her home and at church. She was group leader for “Manna” and “Design for Discipleship” Bible studies and was on the women’s leadership team for over 20 years at Life In Christ Church, Bethlehem. Mary loved singing in the church choir, and also attended Bible Study Fellowship for many years. If ever there was a prayer request for friends or family, one could be certain that Mary would be faithful in praying for those needs. Survivors: Mary will be lovingly remembered by her son, Mark Yastishok, Allentown; daughters, Sonia, wife of Joseph Iudicello, Allentown, and Janet, wife of Pastor Ilya Bantseev, Novokuznetsk, Siberia, Russia; 10 grandchildren and 13 great grandchildren. She was preceded in death by her daughter, Dori, wife of Dr. Gary Keiper, Whitehall, in 2017, and also by her brother, Theodore Kopey, Camp Hill, in 1987, and her sister, Helen Lindenmuth, Frackville, in 1993. Services: A funeral service will be held at 10 A.M. on Saturday, September 1, at STEPHENS FUNERAL HOME, INC., 274 N. Krocks Rd., Allentown. Calling hours are Friday 6-8 P. M. and Saturday 9-10 A. M. Interment will be in Bethlehem Memorial Park, Bethlehem. Contributions: In lieu of flowers, contributions can be made to Global Teen Challenge, PO Box 511, Columbus, GA 31902, www.globaltc.org for Siberia, Russia in remembrance of Mary Yastishok. In Canada: PAOC, 2450 Milltower Ct., Mississauga, ON L5N 5Z6, www.paoc.org/donate/IlyaBantseev for Siberia, Russia in remembrance of Mary Yastishok.