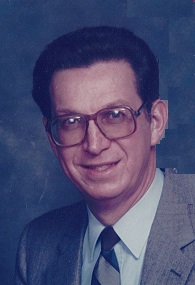 Norman W. Gehman, formerly of Country Meadows, Allentown, passed away on August 1, at Fellowship Manor. He was son of the late Norman W. and Alma (Metzler) Gehman. He was predeceased by his wife Margaret (Zeky) Gehman. Norm was a Navy Veteran and worked for Smith and Peifly Auto Parts in Allentown as a salesman. After retirement, he had a lot of contact with his former customers which has become a lasting friendship. He was a member of St. John’s UCC, Allentown.

Norm has a sister Marcia Haines Stough wife of the Rev. Richard H. Stough and sister-in-law Nancy Zeky.  He has many nieces and nephews. Norm has a very good friend Marion Freyman in Texas. He was predeceased by a brother Conrad Gehman.

Services will be private. Stephens Funeral Home is in charge of the arrangements. www.stephensfuneral.com