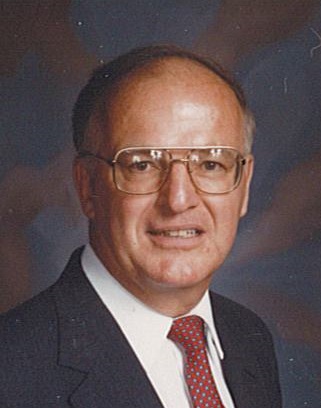 Paul R. Stewart, 88, passed away peacefully in his home on March 5, 2021 surrounded by his loved ones.

Paul lived a long and beautiful life, both personally and professionally. Born to John W. and Irene V. Stewart, he grew up in Lebanon, PA as the youngest of 7 children. He was the husband of Peggy A. Folmer Stewart for almost 65 years, all of which were filled with joy, love & laughter.

A very successful man, Paul was a graduate of both Lebanon High School and Penn State University, where he earned a degree in Electrical Engineering. He also served in the Navy as a USN Seabee from 1955 to 1957.

Professionally, Paul took great pride in his work and the 38 years he dedicated to PP&L. After retirement, he went on to work as an electric utility consultant to large steel companies for many years.

Paul was a leader in his community and always strived to give back to others. He had an active role in organizations such as United Way, YMCA, and several local clubs. He and his wife Peggy were also active members of their church for decades.

The most important accomplishment of Paul’s lifetime, the one that brought him the most joy, was his family. He and Peggy built a beautiful home together where they raised their 4 children, and then the 12 grandchildren and 7 great-grandchildren that followed, making countless memories along the way. He was a big believer in showing up for his loved ones and never missed a game, concert or recital – you name it, he was there. The legacy of his love will live on forever. “Best of buddies always, Pop.”

There will be a private family service at Stephens Funeral Home, Inc. www.stephensfuneral.com