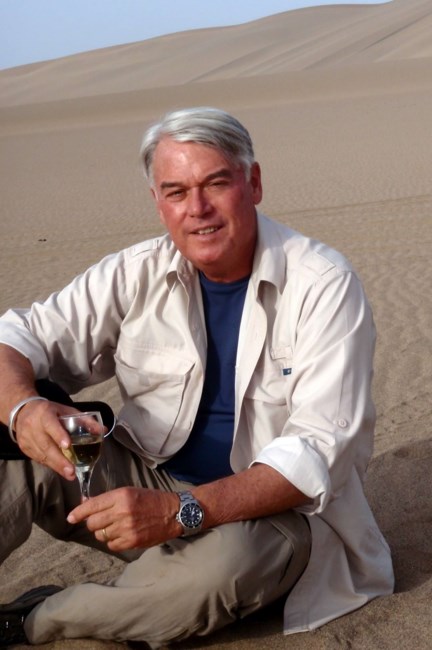 Peter Charles Keller — charismatic adventurer, relentless collector, museum visionary, loyal friend, loving husband, brother, father, and grandfather – passed away suddenly on November 8, 2022. Peter’s 75 years were marked by his passion for experiencing all that the world has to offer, with close friends and family by his side.

Peter was born on August 16, 1947 to Barbara (Miller) Keller and C. Donald Keller in Allentown, Pennsylvania. Growing up on Saint Cloud Street with his younger sister, Patricia, Peter was a mischievous child – an Eddie Haskell-type who was charming and could do no wrong in his mother’s eyes, but also loved exploding cherry bombs and pulling pranks. Peter was curious about nature and the world from an early age. At six, he discovered a quartz crystal in his gravel driveway after a rainstorm that led to a lifelong love of geology and collecting. He was the youngest member of the Society for American Archeology at the age of 8. He spent weekends hunting arrowheads in the farms and fields of Lehigh County with his father.

Even as a young boy Peter exhibited leadership qualities. He was an active member of the Boy Scouts of America and, when he was 16, attained the highest rank of Eagle Scout and ultimately became the President of his post. At this same time, Peter was elected to the Executive Board of the Student Council at William Allen High School, from which he graduated in June 1965.

After attending Penn State for a short while, Peter volunteered for the United States Air Force in 1967, during the height of the Vietnam War. An Air Force sergeant, Peter served as an intelligence analyst in Da Nang, Vietnam, in 1968-1969, and later in the Philippines and Washington, DC. After his service, Peter graduated from The George Washington University, where he majored in Geology. During his undergraduate studies, Peter interned at the Smithsonian, offering to wash windows in exchange for the opportunity to work at the prestigious institution. Peter often spoke of the Smithsonian cocktail party that changed his life: charming as ever, he introduced himself to the head of the Geology Department at the University of Texas, Austin, who ultimately paved the way for Peter to attend graduate school there. Peter earned his Master’s Degree in Geology and Earth Science at U.T. Austin in 1974 and his Ph.D. in Geology and Earth Science in 1977. While researching his doctoral thesis on geodes of the Chihuahua Desert, Peter learned one of his favorite jokes: spoken in his characteristically terrible Spanish, Peter asked “Como estan tus frijoles, cabrito?” which he roughly translated to “How you bean, kid?” Ha!

After graduate school, Peter moved from Texas to Southern California and began a career that would culminate in becoming a leading figure in California’s arts and culture. Peter’s first position as a newly-minted geologist was as Curator of the Gem & Mineral Hall at the Natural History Museum of Los Angeles County. There he collaborated closely with Don and Hisae Dickey and Wayne and Dona Leicht, fellow mineral lovers who became lifelong friends. After leaving the Natural History Museum in the late 1970s, Peter joined the Gemological Institute of America as Director of Education. His then wife, Alice, joined him at GIA and ultimately spent her career as Editor-in-Chief of GIA’s scientific journal, Gems & Gemology.

Peter later returned to the Natural History Museum as Associate Director for Programs. It’s during this second stint at Natural History that Peter discovered his passion for creating landmark exhibits. Some of the exhibits that he was most proud of included the creation of the Discovery Center for children (he enlisted his oldest daughter, Elizabeth, as consultant to make sure it was fun), an exhibit of Gary Larson’s Far Side comics, and working with Richard Feynman and Ralph Leighton to bring the mysterious world of Tuva to Los Angeles. Peter’s hard work on the latter exhibit is memorialized in Feynman’s book on his Tuvan adventure, Tuva or Bust!, in a chapter titled “The Keller Accord.” Around this time, Peter also wrote and published his own books: Gemstones and Their Origins (1990) and Gemstones of East Africa (1992).

In April 1991, Peter assumed the post that would cement his legacy as a museum visionary and which would bring him immense joy: President and CEO of the Bowers Museum of Cultural Art in Santa Ana, California. Within a few years, Peter vastly expanded the physical, geographic, and cultural footprint of the museum, bringing in unprecedented and ambitious exhibits and overseeing the construction of new galleries. In 1994, utilizing his son Bret’s vision of a museum where kids could interact with the artifacts in the exhibits, Peter opened Kidseum, the Bowers’ children’s museum. In 2007 he again expanded the museum by opening the Dorothy and Donald Kennedy Wing to meet the needs of a growing community and audience.

Over his three decades as President and CEO, the Bowers showcased over 160 exhibitions. Some of the exhibits of which he was most proud were the Secrets of the Silk Road, Terra Cotta Warriors: Guardians of China’s First Emperor, Secret World of the Forbidden City, Tibet: Treasures from the Roof of the World, and Mummies: Death and the Afterlife in Ancient Egypt . . . Treasures from the British Museum, all of which included rare and priceless artifacts that had never before been to the United States. While the exhibits spoke for themselves, most significant to Peter were the many relationships he forged at the Bowers. Peter was beloved by his staff – many of whom worked with him for decades – and by the many people who loved this small museum with big dreams.

During his tenure at the Bowers, Anne Shih and Ed Roski, Jr., now Chairwoman and Honorary Member of the Bowers Board of Governors, respectively, were his regular travel companions, fellow visionaries, and great friends. Peter and Anne met shortly after his arrival at the Bowers and she soon became a critical part of his and the museum’s success. Anne asked Peter if there was anything she could help with in Taiwan and he said “get me a Jade exhibit” – the rest is history. Anne and Peter traveled together to China over 100 times during the 25 years that Anne has been active in the museum, to negotiate exhibits and dream up new ones.

Peter and Ed Roski bonded over a love of collecting and, with their wives, visited Papua New Guinea numerous times. They were always led by Lesley Martin, a close friend and expert in Papua New Guinea and its culture. It was on these trips that Peter and Ed obtained the objects that would eventually form Spirits and Headhunters: Art of the Pacific Islands, a permanent exhibit at the Bowers. In the last year alone, Ed, Peter, and Signe traveled to the South Pole together, as well as to London (to negotiate exhibits with the British Museum and the Royal Geographical Society), Normandy, Paris, and Berlin. Peter and Ed were also active members of the Explorer’s Club and the Royal Geographical Society. In 2010, the Explorer’s Club awarded Peter the esteemed Thomas Lowell Medal for his outstanding achievements in exploration and more specifically his fieldwork in New Guinea and the South Pacific.

Last year, the Bowers celebrated Peter’s 30th Anniversary as President of the Bowers Museum and honored him by naming its entrance the “Peter C. Keller Entrance.” Everyone who enters the museum through its beautiful courtyard will be reminded of Peter’s essential role in making the museum a treasured cultural center voted “Best Museum in Orange County” 26 years in a row.

The Peter We Knew and Loved

Peter met his wife Signe in 1996 and they instantly connected over their love of Africa, travel, and world cultures. In 1997, they were married at the Bowers Museum in a beautiful ceremony with kimonos, African dancers, Indian flutists, and Irish fiddlers. Beginning with their honeymoon safari across the Serengeti, and culminating with a bucket-list trip to the South Pole, Peter and Signe have traveled constantly during their 25 years of marriage. From deep sea diving with sharks to going zero gravity with Russian cosmonauts, from subterranean chambers of the Great Pyramids to dugout canoes up the Sepik River, Peter and Signe shared curiosity and pure excitement for exploring the far corners of the world. They reminisced about their adventures over sunset cocktails and regular dinner parties, and planned future trips over long morning walks to the coffee shop with their golden retrievers.

Throughout his life, Peter loved creating memories and establishing traditions. He found something he liked and stuck to it: gin and tonics, his wardrobe (mostly khakis and a polo shirt), Toto’s Africa, the Beach Boys, Jimmy Buffett, and the Out of Africa soundtrack on constant rotation in his car, and of course his golden retrievers. His dogs were a part of the Bowers family and were even given security-dog status.

Peter’s love of certain routines also made them special, establishing a legacy of special moments and favorite places for his family to visit, revisit, and pass on in his memory. Peter loved a good walk, reflective moments smoking his pipe, and conversations around a fire whether at home, up in Mammoth, or in the Serengeti. He made a point of celebrating the most important milestones (birthdays, Christmas Eve, graduations, weddings, or just a good talk) with the sun going down and the sky aglow. While walking the beach with his grandchildren, he would take them hunting for rocks and explaining the different minerals and formations, thereby passing on the love of rock-collecting that was sparked in Peter as a child

In the month before he passed, Peter was able to spend time with most of his family. There were weekends in Washington, DC and San Diego with Elizabeth, Bret, and their families, weddings and birthday celebrations with Meghan and Brian. In late September, Peter visited Allentown for the first time since the pandemic, revisiting his childhood home, his paper route, his high school, and the farmer’s market he frequented as a child. That evening was spent with his sister, Pat, her husband, children, and grandchildren, and with Signe and Elizabeth. The next morning, while visiting the grave of his mother, Peter showed Signe and Elizabeth the family plot where he wished to be buried. No one could imagine that he would be buried there, next to his mother and father, just two months later.

In Lieu of flowers, Dr. Keller’s family asks that donations be made to the Bowers Museum.These funds will be used to continue his legacy and grow his favorite permanent collection exhibition: Spirits & Headhunters: Art of the Pacific Islands. 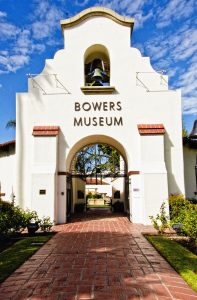