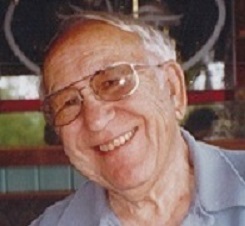 Robert A. Remaly, 89, of Allentown, originally of Bethlehem, died on Monday, November 26, 2018, at Rittenhouse Village at Lehigh Valley in its memory care unit.  He was the son of Arthur and Catherine (Walk) Remaly.  He was a radio operator in the Army where he became interested in electronics.  Upon return to civilian life, he repaired radios and TVs in a business venture.  From there, Robert went on to teach electronics at Lincoln Technical Institute, and after acquiring a Master’s Degree at Temple University, went on to teach electric and print “shop” at Raub Junior High School (now Raub Middle School).  Before entering the service, he had married Carolyn Lakits (now deceased) and fathered six children.  During his young life, he developed an interest in magic.  This interest remained with him through his lifetime and he actually created a “magic act” that he performed at local magic conventions.  He was a member of Assembly 92, Reading, Ring 32, Allentown, the Society of American Magicians, and the International Brotherhood of Magicians.  Beginning in high school and continuing through his adult life, Robert enjoyed the music and lifestyle of Bing Crosby.  When he became a teacher, he had summer months free and traveled through all 48 contiguous states, making sure to visit each capital and its attractions.  In his retirement years, he continued traveling, enjoyed his many magic encounters and could be found playing pinochle at the Senior Center in Allentown.  Survivors: children, Mark and Craig, Allentown, Gary, Bethlehem, Jason, Phoenixville, Shirley, Coplay, Cynthia Snyder, FL; brother, James, Bethlehem; sisters, Janet Baker, FL, Elizabeth Stephens, Myerstown, Dorothea Salter, Allentown.  He enjoyed a 43-year relationship with companion/significant other, Nancy Michener.  He was preceded in death by brother, Edward.  Services: private.  Arrangements entrusted to STEPHENS FUNERAL HOME, INC.