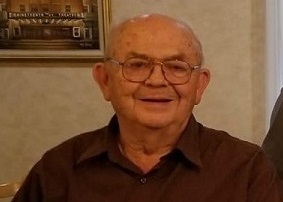 Ronald Gerdeman, 81, formerly of Allentown, passed away peacefully on July 23, 2022. He was the husband of Nancy (Odenweller) Gerdeman who passed away earlier this year. They were married for 57 years. Born in Ottawa, Ohio, he was the son of James and Eleanor (Lamont) Gerdeman. Ronald attended Sts. Peter and Paul High School in Ottawa where he graduated in 1959. He received his bachelor’s degree in civil engineering from Ohio Northern University in Ada, Ohio, in 1963. Ron and Nancy moved to Allentown in 1965 when the Buckeye Pipeline Company transferred him. Ron worked for Buckeye for nearly 40 years until his retirement in 2003. Ron was an active parishioner of St. Thomas More Church, Allentown, where he also coached CYO basketball and baseball for nearly 10 years and actively participated in MOST. In addition, he was a coach and former board member and President for Hamilton Park Youth Association. Ron received an accommodation from Salisbury Township for his coaching and commitment to youth sports. Ron was an avid golfer. He was often seen at Allentown Municipal, golfing and enjoying a beer with his friends. Whenever he traveled, he enjoyed a round at the local golf course and a meal at the best restaurant in town. Ron loved sports — whether he was playing, watching or coaching. He took considerable pride in seeing his children and grandchildren play a variety of sports over the years. He loved running into former players, hearing them call him “coach” and learning about their lives. Ronald was preceded in death by his wife, Nancy, son, Eric, and brother, Donald. Survivors: Daughter: Nicole Witoslawski and her husband, Mark Witoslawski, of Harleysville, PA, and their children, Erica, Ryan and Cole; Son: Jason Gerdeman and his wife, Julie Gerdeman, of Chester Springs, PA, and their children, Caleb, Luke, Abigail, and Seth; Son: Gregory Gerdeman and his wife, Samantha, of Sinking Spring, PA, and their children, Grayson and Griffin; Brother: John Gerdeman and his wife, Gloria, of Findlay, OH; Sister-in-law: Diane Mueller and her husband, Joseph, of Delphos, OH; Brother-in-law: Gary Odenweller and wife, Flo, of Plainfield, IL; Brother-in-law: John Odenweller and his wife, Noreen, of Perrysburg, OH; Brother- in-law: David Odenweller and his wife, Elaine, of Ottawa, OH; Brother-in-law: Steven Odenweller and his wife, Barbara, of Ottawa, OH. Services: Funeral Mass will be held on August 22nd at St. Thomas More Church, 1040 Flexer Ave., Allentown, 18103. Visitation prior to Mass at 10:00 – 11:00 a.m. in the church. Arrangements by Stephens Funeral Home, Inc. Contributions: In lieu of flowers, please consider a donation to Mercy School for Special Learning. (www.mercyschool.org) 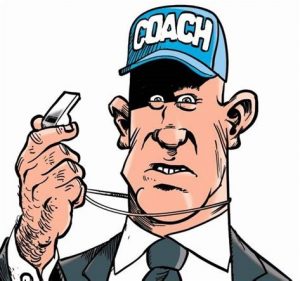