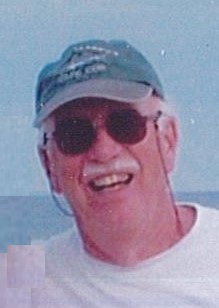 Ronald James “Jim” Hartshorne, 87, a resident of LutherCrest, So. Whitehall Twp. and formerly of Coopersburg, passed away Thursday, July 1, 2021 in the In-Patient Hospice Unit of L.V. Hospital, Allentown. He was the husband of Bernadette “Bernie” (Lobeck) Hartshorne. They celebrated their 64th wedding anniversary on June 21st. Born in Philipsburg, PA, he was a son of the late Simeon and Sarah (Griffith) Hartshorne. Jim was a graduate of Thaddeus Stevens College of Technology, Lancaster. He was a veteran with the US Navy. Jim was a tool and die maker for Western Electric and AT&T for 33 years before retiring. Mr. Hartshorne was a very active member of Episcopal Church of the Mediator, Allentown where he sang in the choir, was on the Vestry committee, was involved in many youth organizations and did anything he was asked to do – and he did it happily. Jim was also a member of the Pioneers and was a past president. He was a former coach with the SL Little League. Jim loved outdoor activities, especially golfing and fishing. He was a big fan of Penn State and the Boston Red Sox.