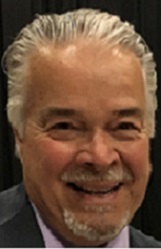 Stanley W. “Stan” Werley, 75, passed away Tuesday, January 11, 2022, surrounded by family in his home. Stan was a warrior throughout his entire battle with prostate cancer, maintaining a positive approach to his treatments while thanking all the nurses and doctors for their help along his journey. Stan had a small community of family and friends that showered him with love and support in some way every day. Many wore bracelets in his honor with the words, ‘Stan Strong-No One Fights Alone’. He was the husband of June Webre, who was the love of his life. Born in Allentown on October 15, 1946, he was the son of Osville C. and Lillian (Wertman) Werley. He was a graduate of Girard College, Philadelphia, where he served as student body president and cadet major of the drill team. Stan was an Air Force veteran and specialized in aerial reconnaissance and proudly was a member of the drill team, honor guard and burial team during his time in the service. He was a lifelong banker in the Lehigh Valley and served as AIB Lehigh Valley president for two years and an instructor for four years. Active in the community, he was involved on the boards and committees of Lehigh County Special Olympics, Lehigh County Drug and Alcohol, Wildlands Conservancy, Rotary Club, Lehigh Valley Boy Scouts of America, and Parkland Youth Association where he coached basketball and soccer. As an avid outdoorsman, he spent his life hunting and fishing both locally and out west and was a member of the Alburtis, North End, Guthsville and Petersville Rod and Gun clubs and Ontelaunee Gun Club. Stan became an avid Dallas Cowboys fan after watching Roger Staubach play in the Naval Academy versus Air Force football game. He enjoyed his lake house at Lake Wallenpaupack, spending time with family and friends, feeding his deer herd, bird watching and taking boat rides. He passed his love of the outdoors and nature onto many friends and family. Stan and his wife spent their years together travelling to the Caribbean Islands, Hawaii, and Mexico as well as annual trips to LBI or OCMD with the Downing family. Stan’s pride of his life were his children and grandchildren. Stan’s family thanks the St. Luke’s Hospice team for their compassion and support guiding his wife and family while under their care in his home. Survivors: wife, June Webre; son, Todd A. Werley and wife, Clarissa D. Werley; daughter, Dawn K. Moorehead and husband, Jason T. Moorehead; twin grandchildren, Jaden N. Moorehead and Sadie L. Moorehead; brothers, Kenneth O. Werley and Luther C. Werley, and many nieces and nephews. Services:  2 PM Monday at STEPHENS FUNERAL HOME, INC. 274 Krocks Rd., Allentown.  Call 12 PM until service time. Contributions: In lieu of flowers, consider donating to Wildlands Conservancy, 3701 Orchid Place, Emmaus, PA 18049. 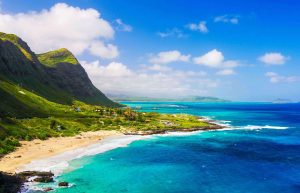